At 25, the Plant Sale continues to delight, inform and inspire 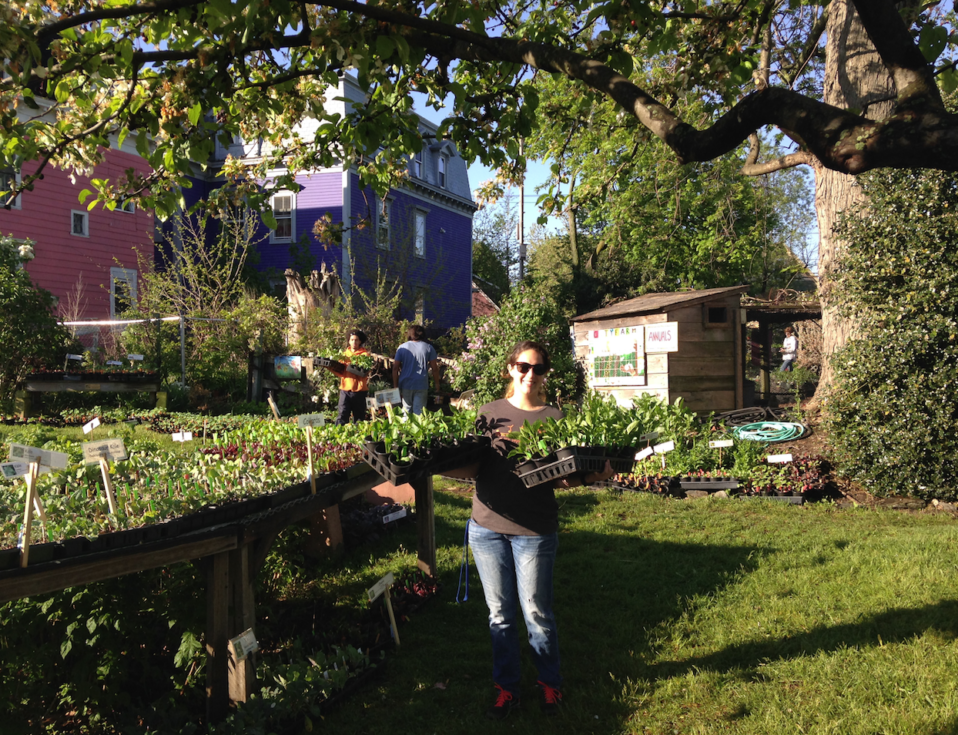 Every May for the past 25 years, gardeners and urban farm enthusiasts have made a pilgrimage to City Farm for our Rare & Unusual Plant Sale. They come to support SCLT’s work to transform abandoned land into gardens and farms and provide resources and training so anyone who wants to can grow food. But they also come to celebrate the start of the growing season and to savor the traditions that make the Plant Sale a joyful, authentic, shared experience.

On the first morning of the event, veteran Plant Sale goers begin queuing up outside City Farm around 8:30 a.m. for the members-only preview. Just before 9, anticipation runs high as the entire crowd counts down the last few seconds before the gate opens. When it does, some people dash to the spectacular tomato section, the Sale’s biggest draw. Others meander around leafy fruit trees, past the chicken coop and the large compost stations, which remind them that City Farm is not only a chemical-free zone, but the biggest compost operation in Providence. 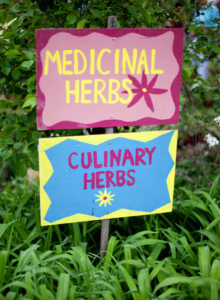 In total, more than 20,000 plant starts fill the clearings and cover the dozens of tables in between. It’s an impressive display. Besides tomatoes and an intriguing array of perennials, these include every kind of salad green, hot pepper, sweet melon and culinary and medicinal herb imaginable, carefully laid out and alphabetically ordered.

While the Plant Sale has grown significantly from its first year, it has stayed remarkably true to its purpose and welcoming, quirky flavor. Every April the seeds are sown and germinated in the greenhouse by City Farm Steward Rich Pederson and staff. But the care and transplanting of the seedlings depends on an ever-changing cast of students, retirees, friends and board members. In fact, the Plant Sale owes its success to the hundreds of volunteers who work during the event and the months leading-up to it, sharing their time, expertise and passion for teaching people how to grow food in the city.

Back in 1993, Mary Sloane started the Sale by selling annual flower and vegetable plants. Another volunteer, Lyn Johnson, convinced her gardening friends to divide and donate their prized perennials to help raise funds for the land trust. Mary soon passed the baton to Sally Godfrey, who ran it for many years with Patucci Shehan (who continues to this day). The two of them maintained the Plant Sale’s reputation as the place to buy your perennials.

“The organizers had the sense to seek out interesting gardeners, and to acquire plants they knew you wouldn’t be able to get at other places,” says long-time volunteer David Liddle. These women, who fell in love with SCLT’s mission, spent every spring digging up perennials in their own and others’ gardens and sharing them for the cause. While the list is too long to mention here, they included Heidi Quill and Rhea Goth, and later, Jill Brody, Nancy Weiss-Fried and Rebecca Preston.

Even now, the perennial donors, who also offer gardening advice during the Sale, “represent the soul of the Plant Sale,” says Rich. “Their hard work and generosity has set the tone for the Sale to this day.” In the early years, Sally and Patucci shared greenhouse space with the Groden Center, first in Roger Williams Park and later at the North Burial Ground. After that, Richard Espeut of Frey Florist on Smith Street donated space to SCLT to grow seedlings. 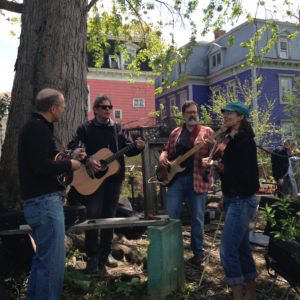 “He was wonderful, and never charged us a cent,” Sally recalled some years later. But, she said, “he was growing Easter Lilies and we never knew if it was going to be 55 degrees or 95 degrees in the greenhouse, depending on what the Easter Lilies needed.”

When City Farm got its own greenhouse in 1999, Sally and Rich could plant a much greater volume and variety of seeds, which accelerated the shift from selling mostly flowers to mostly vegetables and herbs, in line with SCLT’s mission. By this time many local artists and musicians were involved with the Sale. Joe Dery created some of the first silkscreen posters advertising the event, followed by Ian Cozzens. Their limited edition artwork was so popular that people would pilfer them from bulletin boards around town before the Sale took place. In recent years, Cathy Johnson has been designing and silk screening the much loved, sometimes elusive,

Rich remembers musicians Cathy Clasper-Torch and Phil Edmonds playing at the Sale in 2002, when it had to move into the greenhouse due to pouring rain. He has arranged for them and dozens of other musicians to perform at City Farm ever since, including Chris Daltry and the ‘Mericans, the Bay Spring Folk Band, Chris Monti and members of Community MusicWorks, to name a few. Phil has brought his pennywhistle to each of the last fifteen Plant Sales!

Thom Mitchell, aka Thom the Tomato Guy, is another loyal volunteer. He meets with Rich every winter to select the unusual array of heirloom tomato seeds that people come to expect at the Plant Sale. This year there will be 65 varieties among about 6,000 tomato plants. Thom shows up both days of the Sale to man the tomato section and provide growing advice.

Not all of the volunteers at the Plant Sale are artists, musicians or even gardeners. Michael Fournier, well-known in the state for his community work, was assigned early on to manage the front gate and to lead the Saturday morning countdown. Years ago, when he and his partner, David Liddle, learned that their wedding was planned for the same weekend as the Sale, they made sure Michael could be there for the opening—bullhorn in hand.

Besides the traditions and fantastic volunteers over the past 25 years, people return to the Sale year after year because they know they’ll leave with high-quality, sustainably grown plants.“The Plant Sale is about feel-good commerce,” says Rich. “We want you to go home with good plants so you can have success in your own garden.”

While continuing to provide Rhode Islanders with great plants and advice on how to grow them, the Plant Sale is still about a community of people toiling away in the greenhouse for two months every spring and teaching other people how to do what they love. “That’s the amazing thing,” says David. “It’s because of you, the people who donated plants to the Plant Sale, who transplanted seedlings, who bought plants and who helped others carry plants to their cars. And we can all take credit for that,” he adds.

Your ticket for the: At 25, the Plant Sale continues to delight, inform and inspire

At 25, the Plant Sale continues to delight, inform and inspire