A South Providence hub supports healthy food for all 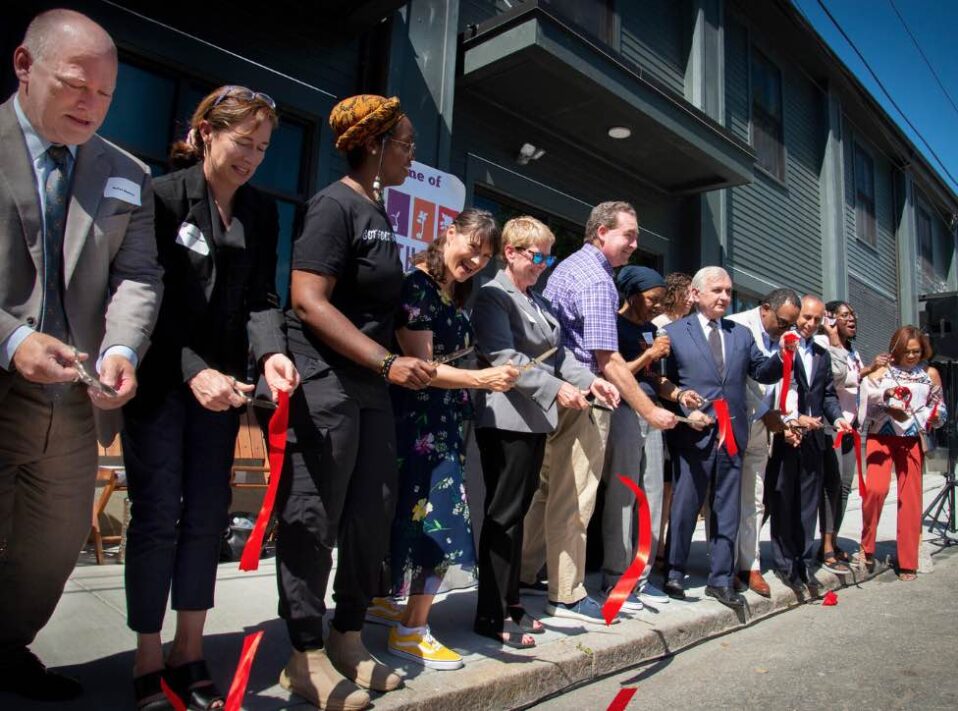 “In South Providence, we do not have enough fresh, healthy, affordable food for people, and that leads to diet-related chronic disease,” explains Margaret DeVos, executive director of SCLT.

The land trust is a nonprofit dedicated to building a more just local food system and serving low-income neighborhoods that have limited access to fresh produce, a problem that affects one in four Black, Indigenous, and people of color in Rhode Island. First founded in 1981 when Hmong refugees joined together with local residents and Brown University students to grow healthy, culturally familiar food, the organization has expanded significantly since. They now own, manage, or support roughly 60 community gardens – mostly in Providence, Pawtucket, and Central Falls – and offer low-lease land to farmers growing food for their communities.

The Healthy Food Hub aims to bring fresh, healthy produce to South Providence neighborhoods, as well as providing an outlet for urban farmers to sell their goods via a farm-to-market produce processing center.

“There are about 50 farmers – very small-scale farmers, many of whom live in these communities, and grow food on land that our organization manages,” says DeVos. “They’re growing it for their families, but they’re also growing it for sale.” 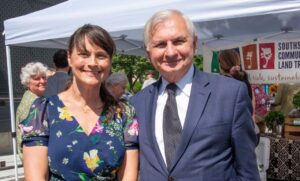 Those farmers can drop off their extra produce – no matter how small of a yield – at the Healthy Food Hub, where it will be aggregated and then sold to wholesale consumers as well as South Providence neighborhoods.

This Broad Street hub also serves as an educational center. SCLT already offers classes year round for people of all ages, including youth programs. Before, training would primarily take place on the farm, with no indoor spaces for courses, but now the hub is home to a training room for young students as well as a commercial kitchen, where participants can learn about food safety and preparation as well as growing crops.

“The whole point of the program is beyond training people how to grow food and learn about the biology of food growth and agronomy,” says DeVos. “It’s also about learning about all the other elements of the food system and really sustainable living.” 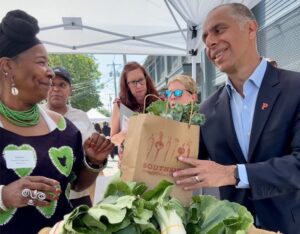 The commercial kitchen is available for use by farmers and neighbors interested in starting a food processing business. Additional space houses three local businesses: two restaurants and one greengrocer. The two restaurants are run by Southside natives and the greengrocer sells the fresh produce from local farmers dropped off at the hub, as well as imported African foods.

“Not only will the Healthy Food Hub be selling to general customers, but we will also be selling specifically to these three entrepreneurs, whose businesses will become known in the neighborhood as places to go to get a healthy meal or to get some fresh produce,” says DeVos.

SCLT plans to partner with other organizations, such as Warren-based Hope & Main to offer classes to those interested in food safety training, and continues their partnership with Integra Community Care Network and the Family Care Center of Pawtucket to provide food-insecure Rhode Islanders with fresh produce through the VeggieRx program, a produce prescription service. Every week, SCLT purchases food from local farmers and brings it to the clinic for VeggieRx participants to pick up or have delivered.

“We don’t have a system that works for all of us to access affordable healthy food – our existing food system doesn’t do that for us,” says DeVos. “We have to create these other independent entities and initiatives to get fresh, healthy, affordable food to people. The way SCLT does that is to make land affordable and make space affordable.”

SCLT will host a grand opening celebration for the Healthy Food Hub in the fall, with details and updates to be posted on social media and on their website.

Your ticket for the: A South Providence hub supports healthy food for all

A South Providence hub supports healthy food for all