A creative and significant loan brokered by the Conservation Law Foundation to support SCLT’s GROW! Campaign [for $2.158 M] was profiled in CLF’s newsletter, Conservation Matters. We are reprinting it here to bring attention to it with the hope that it will lead to other, similar partnerships.

The Power of Community Investment

In the heart of providence’s south side, work is underway to transform a historic building into a vibrant community food hub. When complete, the 12,000-square foot space will be the new headquarters for the Southside Community Land Trust. But, more importantly, it will serve as a gathering place and source of healthy, affordable food for the neighbors, youth, and farmers the Land Trust serves. As one of the inaugural investments of CLF’s Healthy Retail and Commerce Fund, it will also showcase the power of social impact investing in supporting healthy, livable neighborhoods. 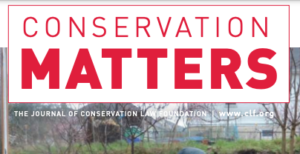 Providence’s South Side encompasses four neighborhoods that have long been a draw for immigrants, from Irish Catholics in the late 19th century to Hispanics, Africans, Laotians, and Hmong refugees in the 1980s. It was newly arrived Hmong refugees who helped the Southside Community Land Trust get its start. In 1981, they joined with other residents and students from Brown University to reclaim a vacant lot to grow fresh, culturally familiar, healthy food for their families and neighbors.

In the four decades since then, the organization’s mission has evolved to serve people in urban neighborhoods where fresh produce is nearly impossible to find – especially in quantities and at prices that support residents’ health. Today, Southside Community Land Trust’s 52 gardens feed more than 3,000 families. The organization also provides land for 25 urban and rural farmers, trains 50 beginning farmers each year, and educates more than 200 children annually in the fundamentals of healthy food. Its scope extends to Central Falls and Pawtucket, while maintaining its South Providence roots.

One part of the organization hadn’t grown in years, however – and that was the small house that serves as its headquarters. Those space constraints limited their ability to expand their staff and, in turn, the programs they could offer, says Executive Director Margaret DeVos.

Just as importantly, the Land Trust wanted a hub to support its local farmers. “Many of our farmers don’t have the networks or the volume to sell their food outside of farmers’ markets,” says DeVos. The Land Trust envisioned a space where they could help these small-scale farmers reach bigger markets by aggregating their produce with other crops and distributing them to large customers. “So every farmer doesn’t have to sell every vegetable on their own – they can operate like other farms that are successful,” she says.

When a 12,000-square-foot building came on the market, located not only along a major thoroughfare but also close to so many of its urban farms and community gardens, the Land Trust jumped at the chance to purchase it. Their only hesitation: The building was larger than they needed.

But, says DeVos, the Land Trust’s Board of Directors simply encouraged her to think bigger about how the new space could serve the community. “We thought, let’s create space for three healthy food enterprises,” DeVos says. “[The Land Trust] has been very successful creating space for gardeners and farmers – let’s do it for restaurateurs, grocers.”

Not just any restaurateurs or grocers, however. DeVos and her team wanted to make sure those businesses “are owned, operated, and run by people who are connected to this neighborhood, who grew up here, who live here, whose customers are here.”

With a robust vision for the Land Trust’s Farm-to-Market Center emerging, next came the reality of securing the capital and financing to make it all happen.

At the same time that DeVos and her team were solidifying their expansion plans, Conservation Law Foundation was crafting a new vision of its own.

Several years earlier, CLF had partnered with the Massachusetts Housing Investment Corporation (MHIC) to launch a social investment fund aimed at catalyzing the development of mixed-use, mixed-income real estate projects. The Healthy Neighborhoods Equity Fund invests in developments that will not only provide financial returns but also positively impact the community, environment, and, critically, health.

Achieving those returns includes ensuring the businesses that fill each development’s retail spaces promote the health of neighborhood residents. But as the Fund’s initial projects came to fruition, CLF staff realized that financing posed a major barrier to finding locally owned, sustainable businesses that both meet community needs and can afford to lease the available spaces in a neighborhood.

Having already spearheaded one successful social investment fund, CLF and MHIC decided to do it again – this time for retail. With seed money from the Kresge Foundation, the organizations launched the Healthy Retail and Commerce Fund. The goal: to support businesses that will create new jobs in a neighborhood, improve food access and affordability, and bring new economic vitality to communities.

“Providing access to affordable capital is critical to fueling the sustainability of these foundational small businesses and nonprofits in the communities that need them most,” says Alex Linkow, Senior Associate on CLF’s impact investing team.

While the new fund started out with a focus on the real estate projects supported by the Healthy Neighborhoods Equity Fund, CLF soon expanded its vision. Says Linkow, “We found that there were great opportunities to support health-promoting enterprises in neighborhoods similar to where we were already working” – opportunities like Southside Community Land Trust and its Farm-to-Market Center.

A mutual contact connected Linkow with DeVos when she began exploring financing options for the purchase and renovation of the Land Trust’s new headquarters.

The Land Trust project fits the goals of the Healthy Retail and Commerce Fund in many ways, says Linkow. “This is an organization that has been an integral part of the South Providence community for decades. They’re providing opportunities for immigrant farmers and gardeners to grow food and supplement their income while providing healthy food access for community members. What could be better?”

Unlike a traditional borrower-lender relationship, the motivation for supporting the Land Trust’s vision isn’t financial returns but social ones. That understanding has been critical, says DeVos.

“I have never had a lender this knowledgeable about my perspective,” she says. “It’s fair to say that’s part of the reason why there’s the need for [investment] funds like this, because of that difference in the expectation of the bottom line and the return on investment.”

Even when the price tag for the project inched up after additional renovations were needed to accommodate the Land Trust’s expected retail tenants, CLF and MHIC didn’t balk. “We were intent on providing the right amount of financing at the right price to allow Southside to do what they wanted, with huge impact in the community,” says Linkow.

With the farm-to-market center now just a few months from completion, DeVos’s team is excited at the possibilities the new space will offer the Land Trust and its community. The produce processing facility will take pressure off its small farmers, allowing them to focus on growing their businesses rather than on the onerous logistical details of distribution. The retail spaces will highlight local entrepreneurs of color while providing a neighborhood resource for healthy, affordable food. And the expanded program space will allow the Land Trust to launch a Youth Enterprise Center where its youth staff will develop workforce skills and lead workshops for their peers and neighbors.

For CLF, the Center’s opening points to the vital role organizations like the Land Trust – and the other health-promoting businesses supported by the Healthy Retail and Commerce Fund – play in underserved communities, especially as people continue rebuilding after the pandemic. “Providing access to healthy food and good jobs can lift up the health of an entire neighborhood,” says Linkow. “It’s the power of community investment at work.”

The Healthy Retail and Commerce Fund leverages investments from hospitals, health systems, and foundations. To find the right healthcare partners for the Southside Community Land Trust project, CLF’s Alex Linkow took to the phones, working his network to seek out investors who were active in South Providence and had a vested interest in the neighborhood and its residents. The priority, he says, was finding healthcare groups who were bought into “the idea of investing in the social determinants of health, job creation, healthy food access, and walkable communities.” The focus narrowed to Blue Cross & Blue Shield of Rhode Island and Neighborhood Health Plan of Rhode Island. “Once they heard about what Southside Land Trust was doing, and how we were proposing to help them get this Farm-to-Market Center off the ground, it didn’t take a lot of convincing,” says Linkow. “It takes vision and creativity to make healthy food in places where it is hard to find,” says Southside Community Land Trust’s Margaret DeVos. “Our health insurance partners are showing just that kind of vision. Their investment will improve health outcomes for years to come.”

Your ticket for the: ‘Social returns’ inspire unusual 404 Broad investment