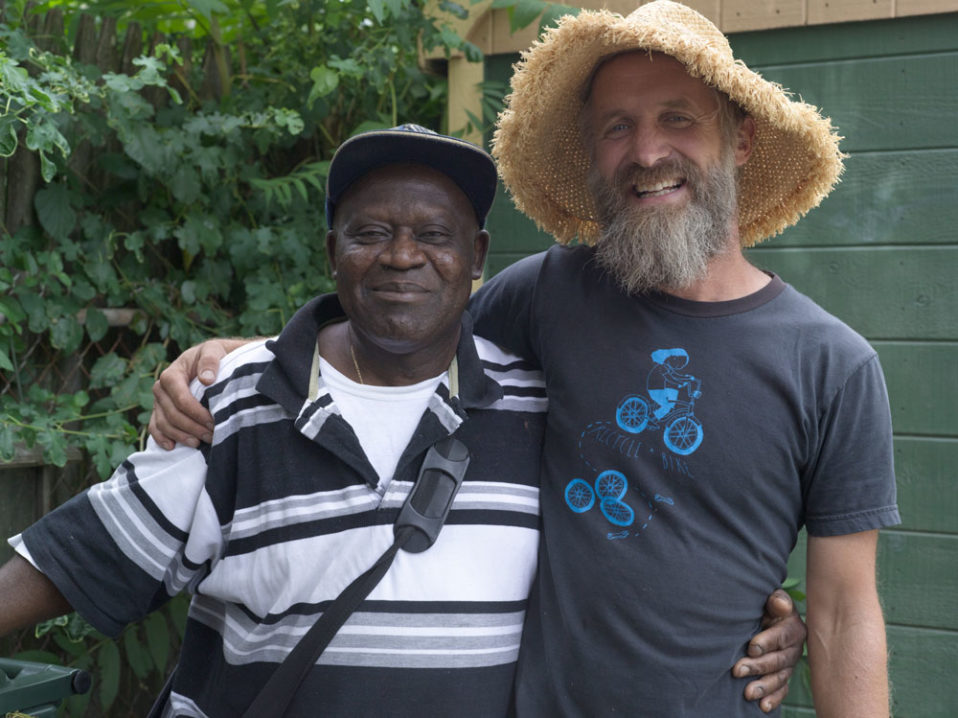 SCLT lost a knowledgeable gardener, partner in our food growing community and wonderful friend of the organization when Jerome Charleus passed away on Dec. 7. He will be missed by many.

Jerome came to the U.S. from Haiti in 1981, when he was 29. He and his wife Altagrace Monplaisir had three children, Steven, Naomie and Kayla to whom he was very devoted. Steven described his father as a hard-working man who stayed connected with fellow Haitian immigrants until his death.

“He took people food he had grown and went out of his way to help new arrivals find jobs,” Steven said. “He carried the Haitian community on his back.”

Jerome started growing food in one SCLT community garden in the early 2000’s and eventually grew in several of them. When the Sankofa World Market was launched in 2016 he was among the first farmers in our network to sell his fresh produce there. City Farm Steward Rich Pederson remembers him loving to grow hot peppers and beautiful beans.

Jenn Steinfeld, a former garden leader who is now Providence’s Director of Strategic Partnerships and Economic Advancement, remembers learning a lot from Jerome when they were working together on an organic gardening curriculum for SCLT’s education program.

“I’d never grown garlic before I met Jerome,” she said, “and he taught me to plant it by the light of the full moon in October, saying that if you want big round garlic you have to plant when the moon is big and round. I follow that guidance every year and I get great results. He loved to see children learn about where food comes from, and brought a true joy to his teaching.”

Jerome worked at Trinity Brewhouse for many years. Jenn recalled that “when he saw me there he would send me the most wonderfully delicious spicy chicken wings! Jerome’s smile lit up a room and he was very generous with it.”

Your ticket for the: Farewell to Jerome Charleus