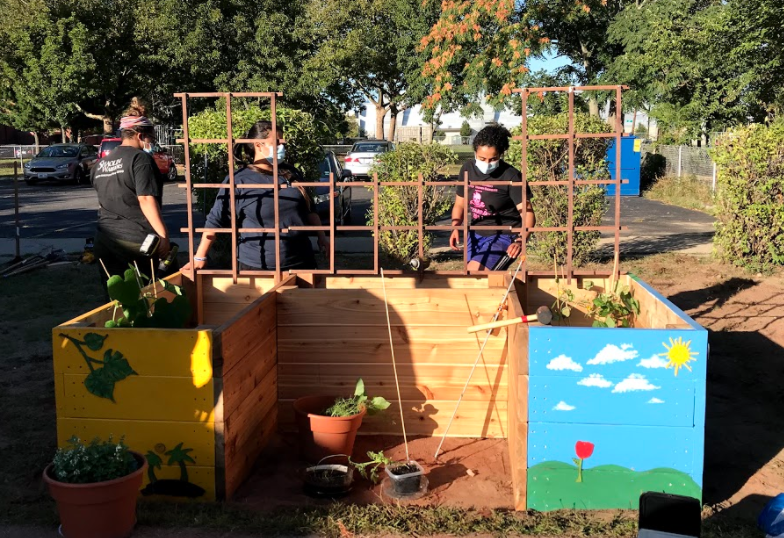 This summer, SCLT was selected as the design/build client for DownCity Design’s Summer Design Studios.

Raffini, SCLT’s youth programs director, responded to the call for a raised garden bed “that would bring joy to seniors” at the St. Martin de Porres Center in Providence. She envisioned the project as a way for youth and seniors to collaborate not just on the design process but on growing food together,  and submitted her proposal to DownCity. 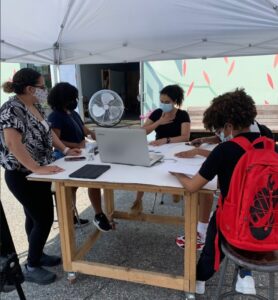 The team of 18 high school interns worked together both virtually and in-person to design and build the project. It includes three raised beds, a bench, a trellis, and a small bed where kids can garden with grandparents.

The structure was installed at the end of August after the six-week program. It is the second collaboration between SCLT and DownCity Design in the past few years. (Their summer interns also built a shed and shade structure at the Somerset Hayward Community Farm.)

Raffini says she’d hoped to plant greens in the new structure for this fall, but “garlic is more practical because the greens may not take, and there would only be enough for a few families.

Your ticket for the: DownCity Design project brings youth and seniors together