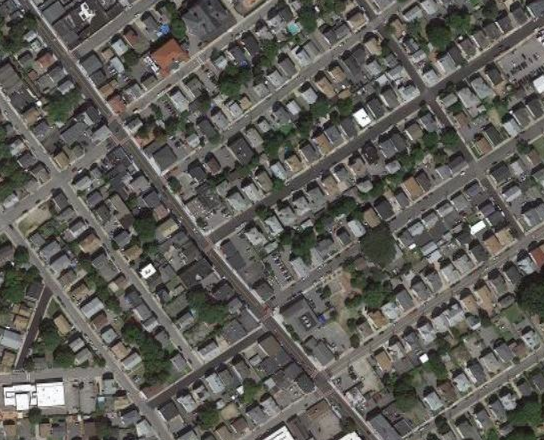 CENTRAL FALLS – The Garfield Street park next year will become the home of the city’s first community garden, which officials say will provide urban agriculture and will help the city achieve its goal of increasing access to healthy food for families.

Southside Community Land Trust, a Providence-based organization that specializes in providing healthy food, will bring its community garden model to the city, offering residents a plot of land to harvest their own organically-grown fruits and vegetables. SCLT has 51 community gardens around Providence and one at the Galego Court housing complex in Pawtucket. Their partnership with Central Falls began last year.

SCLT Grants and Outreach Manager Jenny Boone said that the land trust had been working with city officials, trying to identify a space where the community garden would make the most sense. They identified the park, located on Garfield Street adjacent to Children’s Friend on Dexter Street, that “seemed the most fitting location.”

While the park itself may only be a quarter of an acre, Boone said that it was almost twice the size of what they were expecting when they first approached city officials about the community garden idea.

“When we find an abandoned piece of property in a neighborhood, we try to buy it or lease it and raise the money to build it,” Boone said of the standard procedure for SCLT. These gardens tend to cost in the range of $30,000 to $40,000 to build. Initial funding for the Garfield Park community garden was provided by Local Initiatives Support Corporation Rhode Island and Citizens Bank.

Robert Booz, SCLT’s Director of Operations, said that based on initial measurements and discussions with Central Falls officials, the expectations are for the garden to be between 8,000 and 9,000 square feet.

“This is a great location for a community garden for so many reasons,” Booz said. “We looked at a number of sites with folks from the city government, but this was the obvious choice because it is centrally located, it’s in a residential neighborhood, it’s off a main street with a lot of businesses, it backs up to Children’s Friend, and it’s in a park that could really use redevelopment.”

“We always look for places where neighbors will easily be able to access the garden so that they can easily grow food for themselves and their families, but this will also have space for community partner organizations like Children’s Friend and Progreso Latino to use, ensuring that the garden gets users throughout the course of the day,” Booz said.

During the initial community garden creation process, Boone said, they will go door-to-door in a city to approach residents about the garden and what they believe it could do for them.

“It is for them after all,” Boone said. “People can sign up and while we don’t usually get too much interest until construction, it’s a pretty minimal fee.”

With the price of a fee, people get a plot of land and clean, organic soil. SCLT pays for watering and a garden leader will be paid an annual stipend with responsibilities ranging from weed whacking to trash pickup.

“People can grow whatever they want but they have to commit to using sustainable practices, that means no chemicals or pesticides or fertilizers,” Boone said. “We offer training for anyone who wants to learn to grow food in small spaces because that’s what we specialize in.”

Booz said that the park has “great, underutilized playground equipment that we hope will be more welcoming when abutting a vibrant garden space. Overall the site just has so much potential to be a bright green spot in the heart of Central Falls.”

Boone said that many positive benefits can grow from community gardens.

“The gardens create a safe space and they’re making an abandoned space look a lot more attractive, they make neighborhoods safer because people are out and looking out for each other, they create a community, neighbors get to know each other doing something they love to do, generally they’re a win-win for a neighborhood,” Boone noted.

Renovation will take place this year as brick and old soil will be removed from the land and replaced with new, organic soil. Boone said the goal is to open the city’s community garden next year.

Your ticket for the: Community garden will grow in Central Falls