The Manton Avenue Project Teaches Kids to Tell Their Own Stories 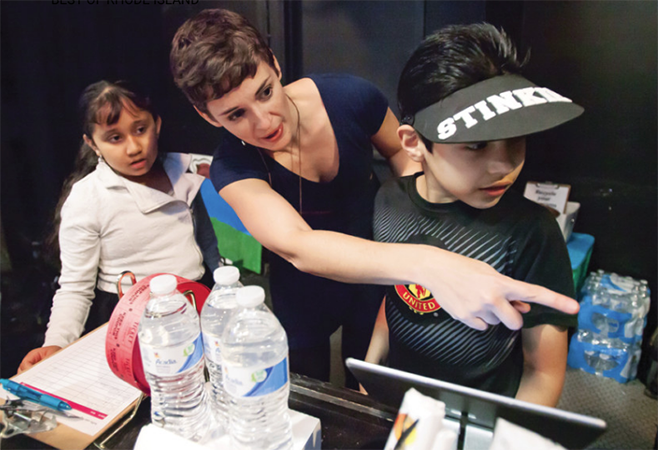 It’s a bitterly cold day in March, all bite and bluster, but Hope Artiste Village in Pawtucket is warm. And it smells like cake. 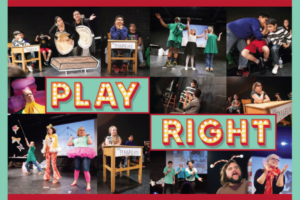 A group of eight-and nine-year-olds — about ten in total — ace the sniff test. “Cupcakes!” a few shriek, drawing out a long “a” in unison.

But the children, from Providence’s Olneyville neighborhood, will eat neither cake nor cupcake. By the end of the hour, they’ll taste purple carrots and pea greens and spicy radishes fitted neatly into Dixie cups.

They’re visiting the headquarters of Farm Fresh RI, a nonprofit program that bolsters the state’s food growers with culinary incubators, farmers markets and other programs. The field trip thrills them to the point of total-body stimulation — read: They can’t stand still.

“Can I get a high five?” their instructor, Meg Sullivan, asks. One by one, the students raise their hands to the ceiling and settle their eyes on Sullivan, who introduces them to Sarah Bernstein from Farm Fresh RI.

“How do we show respect?” Sullivan continues.

Bernstein shuttles them through Farm Fresh’s headquarters and into massive walk-in coolers set at 55 and 36 degrees. Here, milk and cheese are stored before delivery in the organization’s Market Mobile wholesale food distribution system.

Bernstein says several local grocers sell these products, which all hail from local farms. One girl, Cristal, wonders if her neighborhood grocery store, Price Rite, carries them. No, Bernstein tells her, not Price Rite. Other shops, though.

Bernstein passes out a scavenger hunt sheet with prompts to find the smelliest thing, the most beautiful thing, and something they’ve never seen before. Several students collide and careen off in opposite directions.

“Miss, what’s this?” an earnest, doe-eyed boy named Anthony asks the nearest adult. The white root vegetables were stacked in an unmarked bag.

Later, when the group reconvenes, Bernstein goes over some scavenger hunt answers. Stinkiest thing? Goat cheese from Narragansett Creamery, for sure, but also dried chili peppers. Most beautiful thing? The purple viola mix, which Bernstein says is an edible flower. For the thing they’ve never seen before, Anthony shoots up his hand.

“Parsnips,” he proudly declares, then points to the adult who helped him out. Thankfully — a learning experience for all — he’s right.

Sullivan then asks the question of the day: “What did you see that could be a character in a play?”

These third graders are playwrights, after all. They’re here for inspiration.

To read about MAP students’ visit to City Farm and how they incorporated what they learned into their play, read the full article here.

Your ticket for the: The Manton Avenue Project Teaches Kids to Tell Their Own Stories

The Manton Avenue Project Teaches Kids to Tell Their Own Stories