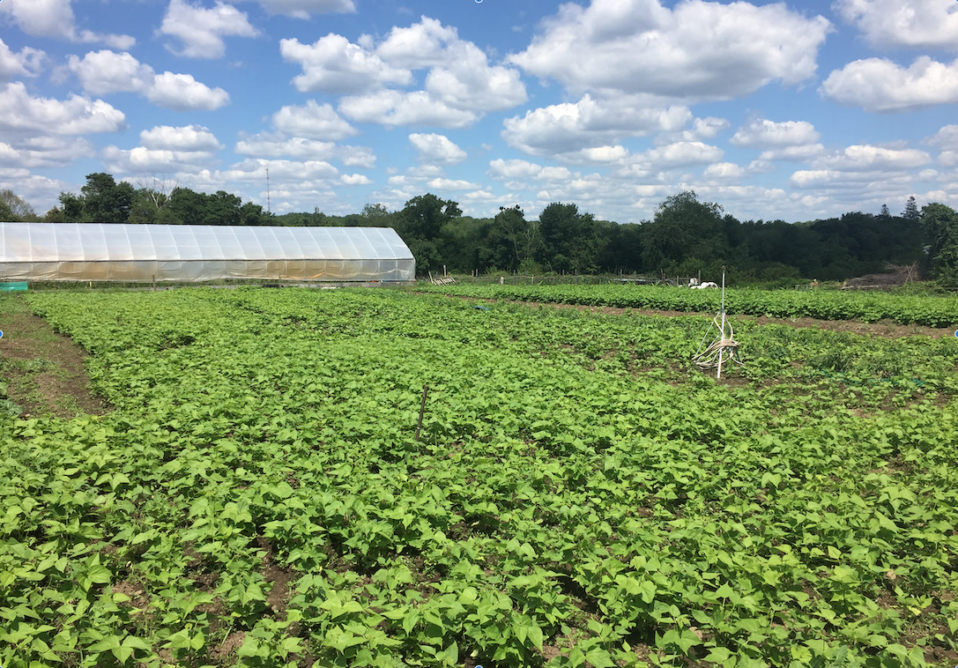 Driving down Pippin Orchard Road in Cranston, number 35 stands out. There’s a large sign for Urban Edge Farm next to the driveway. Turn in and you will see beautiful herbs, luscious vegetable fields, and an old barn. Enter the barn around this time of year and you might find bushels of drying garlic, ready to be braided and stored for the winter.

SCLT manages the 50-acre parcel through a long-term lease with the state’s Department of Environmental Management. Beginning farmers work side by side with more experienced farmers to learn new skills and access larger markets for their crops. UEF farmers grow crops organically, and benefit not only from relatively inexpensive leases, but shared resources like a tractor, a greenhouse, and irrigation equipment. This lowers costs while fostering community and a sense of collective responsibility.

There are currently eight individual farms at UEF, operated by people originally from Liberia, the Dominican Republic and the Hmong region of Laos, as well as the U.S. Michele Kozloski, who runs Zephyr Farm, has been growing vegetables and raising chickens at UEF for over 15 years. She has taught other farmers tractor skills, equipment maintenance, and other efficiency practices to help them become successful farmers.

Christina Dedora, owner of Blue Skys Farm, has farmed at UEF for over a decade, and is responsible for the aromatic herbs growing near the entrance. In 2017 she started an herbal tea company called Sanctuary Herbs. She partners with immigrant and refugee farmers, including her UEF neighbors Garmai Mawolo and Chang Xiong, with the goal of enhancing small farm viability and bringing extraordinary herbs to tea lovers throughout the state.

Often more experienced farmers mentor newer farmers used to growing in small, urban plots and, frequently, much warmer climates, as they become familiar with the space and integrate into the UEF community. Ben Torpey, owner of Scratch Farm, helped mentor growers Teo Martinez and Margarita Pons as they transferred skills they had learned in the DR and brought to their home garden in Providence to a larger space at UEF. During their second seas

on, Teo and Margarita increased production of beans in order to meet demand in the market after having established the quality of their product the year before. Teo was also able to expand his honey operation from five hives to eight. 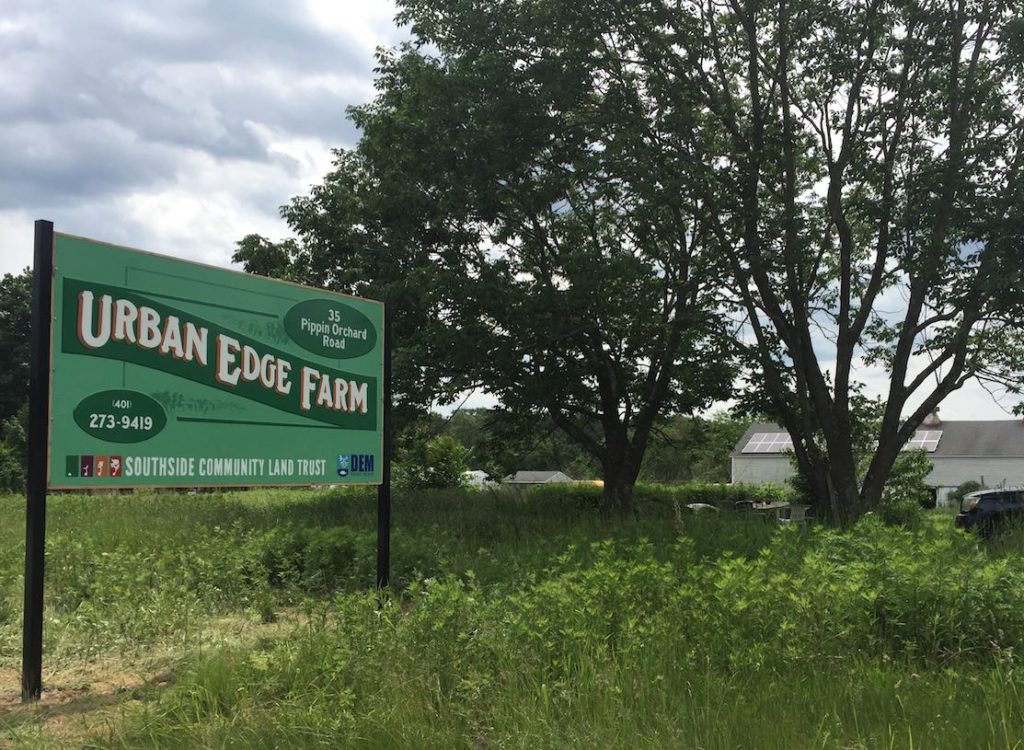 In addition to assisting current UEF farmers, SCLT is committed to providing land to even more new farmers next year. This past summer a 10-member AmeriCorps NCCC crew spent weeks clearing a field at UEF which will soon host two more farm enterprises. Meanwhile, funding from the state’s Department of Environmental Management helped us to build another storage unit that enables farmers to refrigerate their produce on-site before distributing it. Blia Moua, one of the newer farmers at UEF, was especially pleased to have the extra cold storage space, explaining how his more perishable crops like Mustard Greens and Long Beans lasted longer and looked better once they made it to market. SCLT also put new siding on the barn that houses the shared tractors. At the time of this writing ground is being broken for improvements to the farm’s access roads, a project funded by the Green Economies Bond.

And about that nice sign on Pippin Orchard Road: it was made by local artisans at Providence Painted Signs and was paid for with funding from The Champlin Foundation. While suppliers, workshop attendees, and anyone else wishing to visit the farm used to have a hard time finding it, now, you can’t miss it. With its improved infrastructure and visibility, and especially its potential to significantly expand farmers’ access to affordable land, UEF will play a growing role in supplying Rhode Islanders with great produce for years to come.