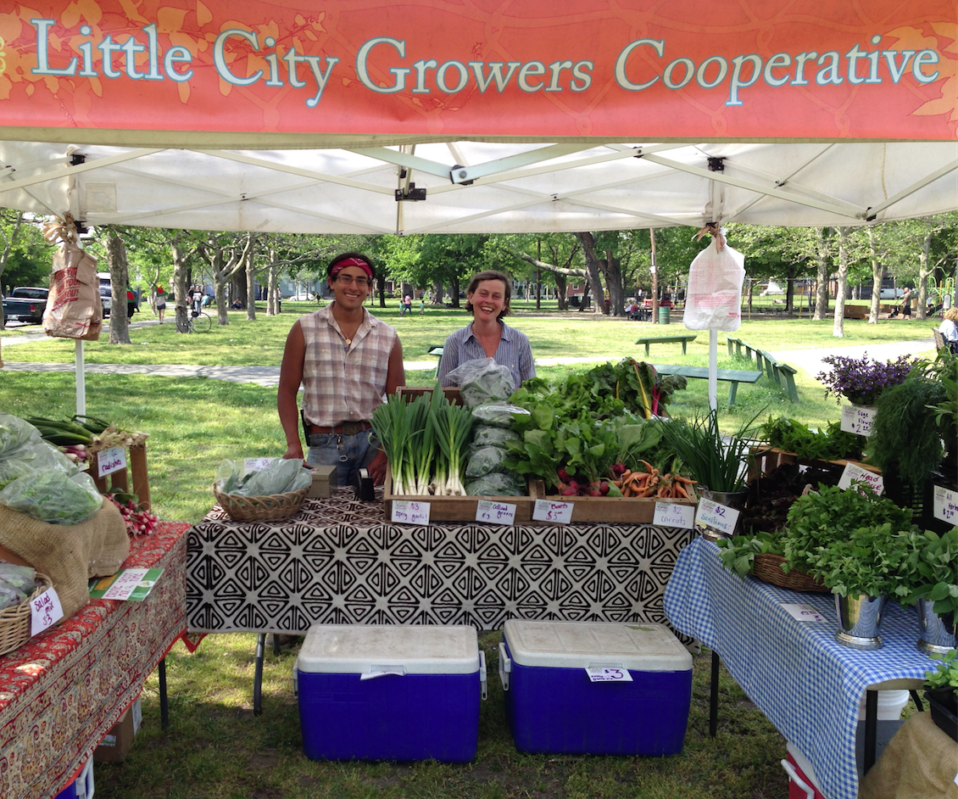 Did you know that SCLT helps make it possible for some of Providence’s best restaurants to offer dishes using the tastiest, locally grown ingredients? Every week during the growing season chefs place their orders for everything from bok choy, Swiss chard and herbs to edible flowers for their culinary creations thanks to Little City Growers co-op.

The co-op was was founded in 2004 by SCLT’s City Farm Steward, Rich Pederson, and Red Planet Vegetables co-owners Catherine Mardosa and Matt Tracy, who wanted to make their organic produce available at the Armory Park Farmers Market. At the time, no other growers were selling hyper-local produce there. A couple of years later they began to sell to area restaurants.

Little City now aggregates and distributes produce grown at the original two farms as well as at Scratch Farm, Sidewalk Ends Farm and Foggy Notion Farm. Some of the farmers involved got their start as apprentices at City Farm and others lease SCLT-owned or -managed farmland.

For more information and an up-to-date list of what’s in season for your restaurant, store, or special event, email littlecitygrowers@gmail.com

Your ticket for the: City’s top chefs source produce from SCLT-supported farms