AmeriCorps brings its A game to RI 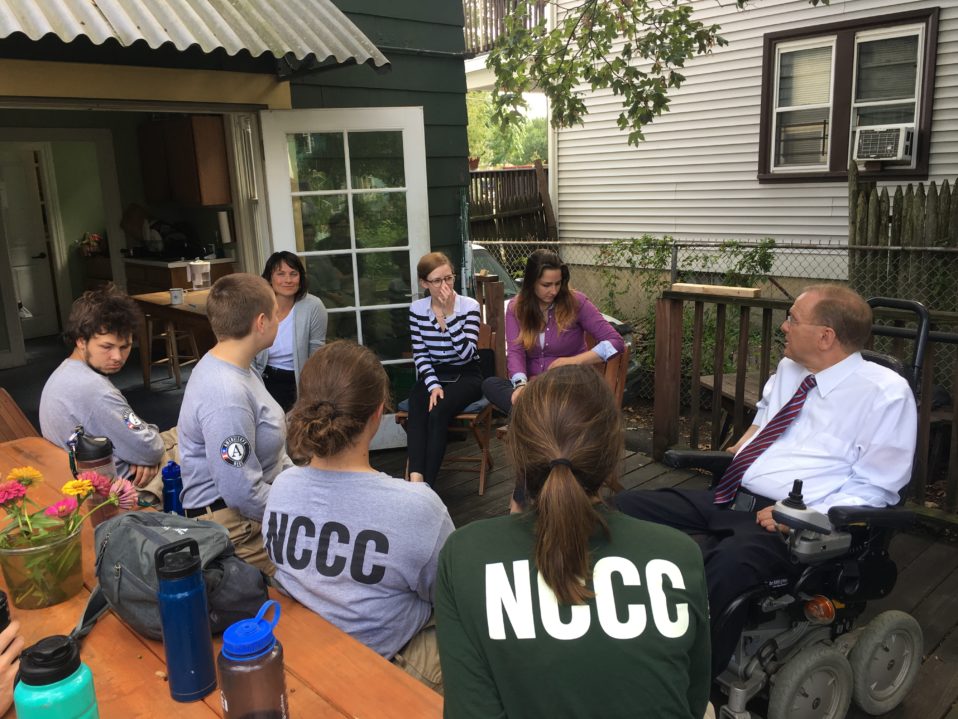 AmeriCorps sent a 10-member crew to help maintain and rebuild several SCLT properties at the end of the summer. During their three and a half weeks, they may not have moved heaven, but they moved plenty of earth. And rocks. And tree stumps. 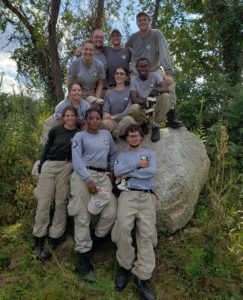 The National Civilian Conservation Corps crew arrived in mid-August and will finish their stay this week, before being shipped off to another posting, possibly cleaning up after Hurricane Florence in the Carolinas.

While staying in the farmhouse at Urban Edge Farm in Cranston, they cleared a field that should enable us to move up to two more farmers onto land at UEF next year. They also completed maintenance work at gardens and farms throughout our Providence, Pawtucket and Central Falls network.

Sebastian Interlandi, SCLT’s Director of Farmland Access and Education, supervised the crew and often worked alongside them, as did Andrew Cook, our Community Growers Coordinator. Both were impressed by how much got done during the crew’s stay.

On Tues., Sept. 11, Congressman Jim Langevin came to our office to meet and thank the 1824 year old volunteers in person. AmeriCorps hadn’t sent a crew to the state in years, and he took the occasion to express his thanks. 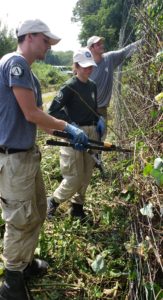 “I appreciate that you’re taking this time out of your lives to do this,” he said. “I’m a big fan of community service, and I understand how important the program is.”

Rep. Langevin wanted to know where the crew was from (all over), what their experiences had been like (mutually supportive) and what issues were important to them. One said he was concerned about current efforts to roll back Obama policies on the environment and climate change. Another mentioned high interest rates for student loans.

The gathering was informal and relaxed, but the crew probably won’t forget the half-hour they spent that summer in Rhode Island with a sitting congressman.

Your ticket for the: AmeriCorps brings its A game to RI

AmeriCorps brings its A game to RI